Large, heavy breasts can be uncomfortable. Excess body weight can cause neck pain, back pain, skin irritation. Breast reduction is known as reduction mammoplasty. The procedure involves removal of excess skin, fat and glandular tissue. With this type of surgery, the scars can be wide. Possible side effects include pain and swelling of scar tissue and inability to breast-feed. The reduction procedure reduces the appearance, volume and contour of the breast while maintaining the sensitivity and function of the breast.

Breast correction - Restore the desired appearance, contour and volume of the breast. Also restores the nipple-areola ingredient. Normal breast sensation and breastfeeding are lost when the sensory nerves or mammary glands and canals are removed or severely injured. Breast appearance, contour and volume can be restored with implants or female tissue. If an implant is used, the implant shall be sized to fit the opposite breast. Breasts can also be restored using female tissue. Sometimes the lower abdominal wall segment can be used. Other tissue variants for autologous (using the tissue itself) during reconstruction include the spinal muscles and skin or sciatic segment.

Some women's skin is not firm or supple enough to maintain breast weight, leading to breast failure. This condition, called ptosis, has too much skin compared to breast tissue. To lift the breast, or what is known as mastopexy, excess skin must be removed. The most popular plastic surgery performed by women is breast augmentation surgery and is mostly performed by women aged 22-37. The most expensive breast augmentation surgery is in Switzerland, but the cheapest in Cuba. In Latvia, breast augmentation operations are on the cheap, but in a good and safe way. Among the 30 breast implant countries in the world, Latvia has also entered and ranks 19, which means that we provide this service cheaply but with high quality. Plastic surgery (palpation surgery) is relatively low in Eastern Europe: Latvia, Poland, Slovakia, Czech Republic, Hungary and other countries that are members of the European Union. Which means using the latest techniques and surgeons performing these surgeries is EU certification. In Latvia, a breast augmentation operation costs on average 3000 €, while in Switzerland the same operation costs on average 9000 € and in Cuba the average operation costs 1000 €.

WHAT IS THE RIGHT BREAST IMPLANT SIZE FOR YOU?

There are several factors that determine the best implant size. Breast measurements, desired size, breast, tissue and breast wall characteristics are very important for making the right choice. Breast implants are measured in cubic centimeters. That is why you will usually see the letters cc when you mark the required size, for example 350cc. Breast implants are available in various sizes ranging from about 80cc to 800cc. Clearly, the higher the number, the larger the size of the breast implant. Base width varies, from 7.4 cm to 17.2 cm. There are three ways that can help you understand the size of your implant for breast augmentation. You can make the first two at home by measuring raw rice or water. Remember: 1ml is 1cc.

The rice test is generally considered to be the most popular way to determine implant size. To perform this test, remove a pair of old tights and cut off the 12-inch strip (do not use the leg section). Tie a small knot at the lower end. Then measure the desired amount of raw rice to fill the pantyhose. Bend the top end. Do this twice so that each cup of bra has one.

The water test is similar to the rice test. Instead of using pantyhose and rice, you will use a plastic bag and water, which is poured from a measuring cup. To get a good idea of ​​how you look, you should try different tops and dresses on your new "breasts" for each of the methods. Clinician Specialists and Size Session The best way to determine the size of an implant is to visit a plastic surgery clinic to perform an accurate test of size and its selection. Many clinics offer a wide range of implant sizes and shapes, which are basically real implants that you can place in your bra and see the result that will come after breast surgery. This is usually the best way to determine the right size for you, as the professionals will be right next to you to help you choose and can answer any questions you ask. You can take a friend or partner to the clinic for a size testing session so that it can help you do the right breast augmentation or breast corrective surgery. Just remember that it is advisable to bring a bra that is appropriate for your breast size after surgery, and this implant will be fitted with implant testers so you can see how your breasts and your posture will look after the plastic surgery. Some surgeons offer computer modeling technology to help patients choose their desired breast size. The assistant or surgeon will then take photos of your breasts, and then the computer program will show you how you will look with some implant sizes. The disadvantage is that the program is a simulation of the expected results. It will help give you an idea of ​​how you will look, but it is not an accurate picture of your physical sensation.

Do not measure breast size by bra shape!

Do not measure breast size by bra shape!

The size of the bra cup is not accurate to guide the determination of the breast size. This is inaccurate because bra size standards vary from manufacturer to country of manufacture. Despite having a breast size mark, the actual volume may vary. That is why it is better if you take the exact bra with you before the surgery in your breast size determination session.

Breast augmentation is done to improve the appearance, size and contour of a woman's breast. Women are considering breast augmentation for various reasons. Some women find the breasts too small in relation to the body contour. Some women want to increase in size due to pregnancy and lactation. Others want to straighten the asymmetry in breast size. Breast augmentation is done with implants. However, women should be aware that breast implants can interfere with cancer detection and that compression of the breast during mammography can cause implants to rupture. A breast implant is a silicone jacket filled with saline (saline) or silicone gel. The woman determines her desired size by installing trial implants. Currently, saline-filled implants are used unlimitedly. Silicone gel-filled implants are only available to women participating in approved studies. Breast augmentation is a relatively simple procedure. As with any surgery, there are different risks. Review the benefits, risks, and alternatives. Seek advice from a certified plastic surgeon.

In 2012, radar posted photos of cameron diaz on the beach, suggesting that the previously flat actress breasts have a new pair of breasts. "baywatch" beauty pamela andersone is refreshingly honest about her decision to get fake breasts, saying "people always tell me," renew yourself, over and over, and over again. "I haven't invented myself, it's a fair evolution, I've always been authentic except for breasts. Hilary duff has never confirmed that she has undergone plastic surgery, but the photos suggest she has had work on her breasts, nose, lip injections and much more. Pop star Christina Aguilera hasn't allowed her to go under the knife, but photos show her scar on her armpit, which is equivalent to breast implant surgery. Nicole kidman hasn't accepted any plastic surgery, but the photos suggest the actress has had lip injections Nicole kidman admits she has tried botox but says she doesn't like it Mariah carey's weight has increased and decreased over the years, but it's not related to her breasts, they have more than doubled. photographic evidence of the demi moore several times ve reality tv star heidi montag admits she has done a lot of plastic surgery and regrets that she has very big breast implants. Photo evidence shows that victoria beckham has been breast augmentation and reduction. Jenny mccarthy has been very open about her breast augmentation. During the interview, she often jokes about it. Denise Richards has been very candid about the fact that she has had several plastic surgeries. Photo evidence shows that clueless star brittany murphy has had breast surgery 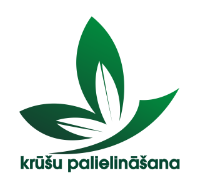 There are two basic types of breast implants: saline and silicone gel. Saline-filled implants are silicone shells filled with sterile saline water. Some implants are filled while others are filled during implant placement. Silicone gel filled implants are silicone shells filled with silicone gel. While many women say that silicone gel implants create a feeling more like a real breast, unlike saline breast implants, silicone presents a greater risk of the gel leaking into the body tissue. Both saline and silicone implants have different sizes. Each has its own pros and cons, so it is up to the patient to choose. The procedure takes one to two hours. You will most likely be given general anesthesia, during which your body will be asleep and you will not feel any pain. The surgeon will make an incision under the breast, under the arms, depending on the body, the type of implant and the amount of breast augmentation. The surgeon will place the breast implant above or below the breast muscle. After the implant has been inserted, the surgeon will close the sutures with a suture or surgical tape. After surgery, your breasts will be covered with gauze. You may also have drainage pipes installed, which will be removed in a few days. If necessary, you may need to wear a surgical bra during the healing process. After six weeks, you should not lift heavy objects after implant placement. Pain relievers such as acetaminophen can help relieve discomfort. Your doctor may prescribe you painkillers. You may have swelling in the area where the operation was performed. Over time the swelling should decrease and the scars will disappear.

Modern plastic surgery methods allow breast augmentation with minimal possible complications. However, you should be aware of the specifics of the surgery period and strictly follow any plastic surgeon's recommendations.

For the first 24 hours after breast augmentation surgery, it is best to remain in the clinic after specialist observation. Mild pain that may occur in the first days after breast augmentation surgery may be alleviated by analgesics. Feeling of discomfort may occur within a few days, less sensitivity in some tissues and, subsequently, swelling at the site of swelling.

During the consultation, your doctor will perform a full examination, making the necessary measurements and selecting the implant model that will give your breasts the perfect shape and size.

You will also find out how much the cost of breast augmentation will be: the cost of each individual implant may vary (depending on the implant model you choose, the duration of your implant, and your stay). If you have aesthetic or psychological discomfort, consult right now: Breast augmentation is your chance to gain confidence and beautiful breasts!

Many patients are interested in expanding their breasts with their lipophilic fat or breast. Breast lipophilization has become quite popular, while liposuction techniques in specially prepared clinic tissues have been improved, allowing in most cases a positive result.

It is processed before adipose tissue transplantation. At least two liters of adipose tissue are needed to produce about 400 grams of 'bio-filler', which will then be injected into the mammary glands.

Breast augmentation with lipofilling is limited in volume. It is usually not possible to enlarge breasts by more than 1 size using adipose tissue. Endoprosthesis is required to significantly increase breast size.

Some of the administered fat is reabsorbed in the body (up to 40%).

The final result of breast lipophilization can be evaluated approximately 3 months after surgery.

Forward to your webpage 300 euro month.